Another ball season in the books… going out Champions! 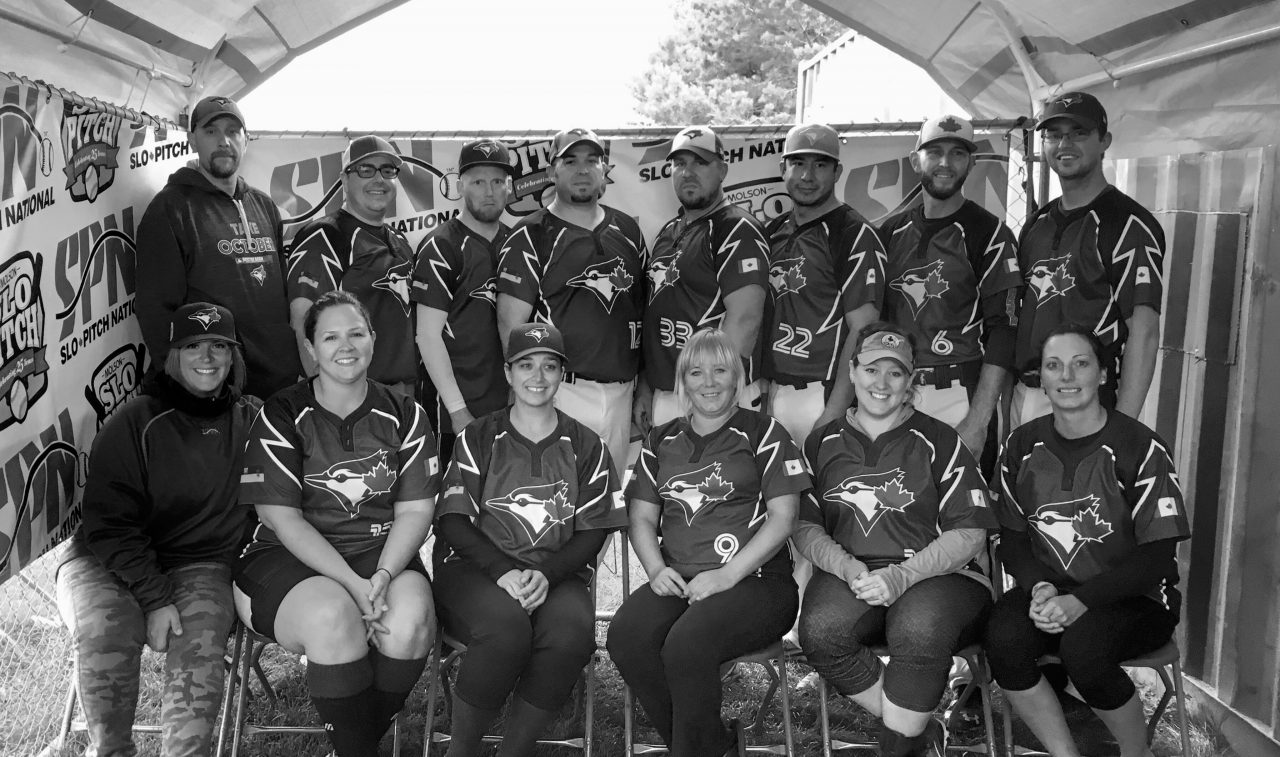 Well, another season of slopitch has come and gone. We wrapped up the weekend in style. After over twenty years playing ball, I finally was a able to cross one goal off the list. Our team won the SPN Coed ‘C’ division provincial championship. We started off so-so on Saturday losing 2 of 3 with a really tough schedule. We held tight for a while against one of the best teams in the province, The Dream Team (2016 Intermediate ‘A’ NSA World Series champs) but came up just short. We then lost a heartbreaker to the PA Astros (eventual SPN Coed ‘B’ division co-champions) before we righted the ship against Regina Reign. That put us in the tough ‘C’ division (2nd from the top, SK doesn’t run an ‘A’ coed event).

We started off Sunday with all guns blazing against a tough veteran Pilsner Power team. We were able to hold off a late rally to pull that one out. Next up came a VERY tough Steelers team (2014 Coed D National Champions, 2015 Coed C Silver medalists, currently the top team in the Saspa league). Luckily we were able to keep the hot bats rolling and we were able to upset the Steelers. That put us in the final against Got Bush from Unity, another very solid team. Defense was the focus of this game, as both teams put on a display. We were able to put up a few early and hold off a last minute charge to win by 1 run. Winning a championship is always rewarding, but when you do it against very tough teams, against friends/players that you respect a lot, it means that much more knowing how tough the road was.

It was a nice way to finish off a tough season. This year I’ve been battling illness a bit and to be honest, for the first half of the season even going to the diamonds was difficult. It is the first time I can recall not wanting to play ball. The coed team also struggled in league this year, and I struggled a bit to find my place on the new squad. The men’s team (White Sox) had a pretty decent year and is a great group of guys, so that was a bit of a pick me up when I was fighting to enjoy the season. Things finally started to pick up in July and it started to become fun again. I was finally starting to feel a bit more like myself, and we had a really fun tourney in Aberdeen that helped a lot. We wrapped up with a silver medal at Nationals with the Jays, a 3/4 finish at Provincials with the White Sox, and this Provincial Championship with the Jays. I was happy to have accomplished a lot. As I told my teammates, my one goal this year when joining the Jays was to help this team get over the hump, so getting a Provincial Title was extra rewarding. I finally felt like I contributed what I was hoping for, and they reward me with helping me accomplish something I’ve wanted for so long.

So, the gear is going to be packed up again for another winter. Now I get to take a week and head to Winnipeg with the family for a vacation to make up for some lost time. They sacrifice so much by allowing me to be absent and enjoy my biggest passion. So next week I hope to make up for a bit of lost time and have a really fun week off with them. I then look forward to the fall when I get to start curling again for the year. The White Sox qualified for Nationals next summer, so I’m looking forward to taking the men’s team to a Nationals event for the first time next year. I’m sure I will be doing a little bit of fundraising and sponsor hunting this winter to prepare for that (anyone looking to sponsor a competitive team heading to Nationals, please let me know!), so I guess ball won’t be completely off my mind until spring 🙂

Thanks for a great season everyone, and I look forward to next year,