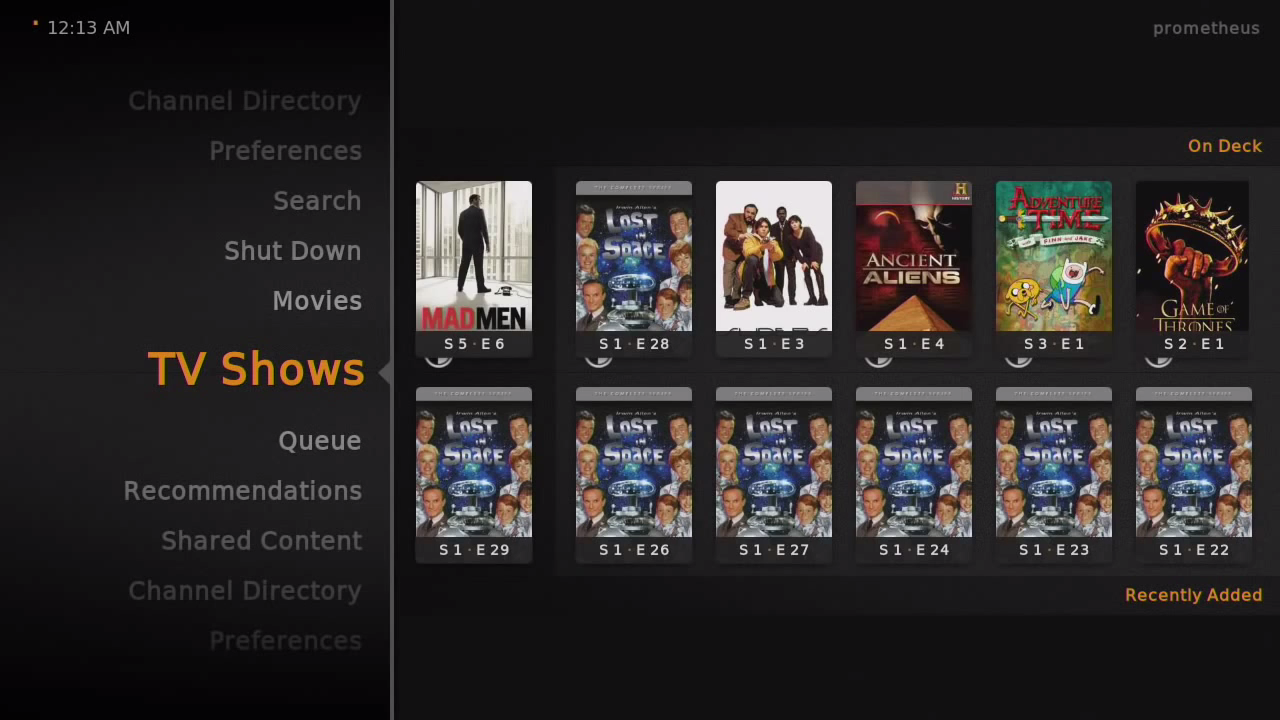 So a while ago I talked about Plex, and my love of using it as a platform for sharing media.  I briefly talked about RasPlex/Raspberry Pi, but I thought it might make sense to expand on it a bit.  A quick refresher on Plex, it is a piece of server software that centralizes all your media on that server and can then stream all that media to any Plex clients you have available.  That works great for using Plex clients on your phone, your computer, etc.  But what exactly do I have hooked up to my TV(s)?

In my case, to access Plex from my couch I have to pieces of gear that are essential, a flirc, and a raspberry pi.  Here is a description of each: 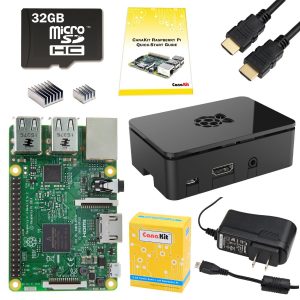 Raspberry Pi – the raspberry pi is a tiny and cheap computer that was developed as an inexpensive way to build small computers that don’t draw a lot of power and can be used for many things.  There are a huge number of projects people have built using a Raspberry Pi (home automation controllers, video game consoles, smart picture frames, etc).  One of the projects for that platform is RasPlex, a software client to access Plex.  Another is OpenElec (Kodi, the platform for all those android tv boxes out there lately).  It is a great little device that has all you need for making a media center computer….. network connectivity, usb ports, hdmi output, etc. The new version even has onboard bluetooth and wifi.   (well almost everything, I’ll get to that in a minute)  You can buy one of these kits from amazon.ca for about $100.  So go, grab one of these from amazon, and then go download/install RasPlex on the memory card.  Hook up to TV with an HDMI cable and you are off and running.  If Plex isn’t your thing and you want to try Kodi instead, give the OpenElec project a try.  (I’ll do a Kodi blog one of these days to compare with Plex).  You will need to control the device by using an app on your phone/tablet, by using a specialized USB/Bluetooth remote, by using a USB keyboard, or ……

2. by using a Flirc.  This is what I use.  I wanted to use the same remote I use for my TV as I do for my media pc.  This fantastic little device will allow you to 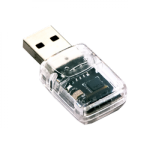 program any IR remote to control a computer by converting each IR signal to a button press.  So in my case, I set the AUX setting on my universal remote to be programmed to some random VCR code so that it sends out IR signals that don’t control any other device I own.  I then used the Flirc to record those signals and convert them to key presses.  Once done I plug in to the Pi and pressing the standard remote now controls the Plex client.  (Up/Down/Left/Right/Play/Stop on the VCR remote sends those appropriate key presses to control the computer connected to the TV.  It is awesome.  Only one remote, and it functions just like a store bought player device would.  That is the one thing missing from the Pi itself that I think is worth it for a media center PC, an IR receiver, and this is a smart one on steroids.  It will cost you $40-50 to get it here, but it is WELL worth it.

So that is what I have connected to my TVs in house.  This little machine gives me access to all my media from the comfort of my couch.  The interface is great and is works very slick.  If you are a techy and you want something a little more customized than a Roku or Apple TV for your streaming client, I don’t think there is a better platform.  And if you find it isn’t working for you in the future, you can always re purpose the machine into a fantastic other project (give RetroPi a look). 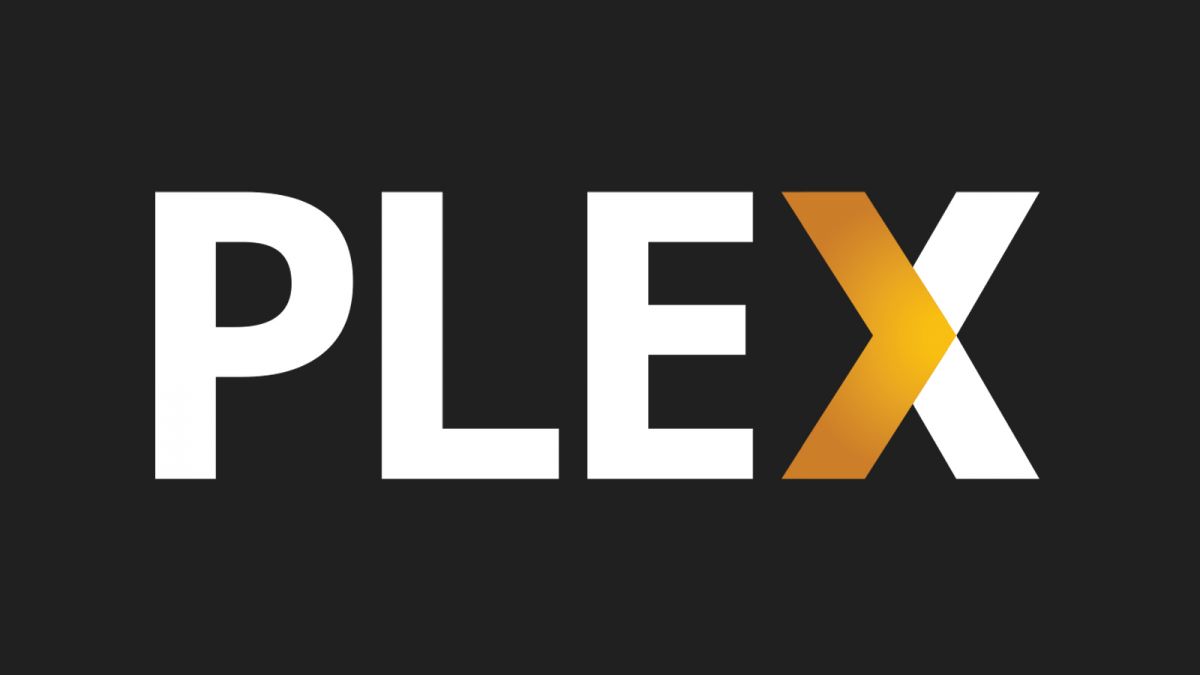 If you have spent any time around me talking computer stuff, you have undoubtedly heard me talk about Plex.  I love Plex.  Today they released version 1.0 of the server, so I thought it was a fitting day to blog about it.  It is an amazing piece of software (well, several pieces of software that hook together actually).  Plex allows you to set up a home media server to manage/share your media such as music, movies, tv shows and photos.  You install the software (free) on a computer (Windows, Mac, Linux) and then point it at the folders you store your media in.  You need those folders to be somewhat separate (keep Movies/TV/Music in their own folder) and named in a way that makes sense (the filenames are used to do look ups).  The software will then go out to the internet and get all the pretty artwork and details about your media.    What format does the media need to be in? Pretty much any, the Plex server will handle any converting in the background if a player requires it. 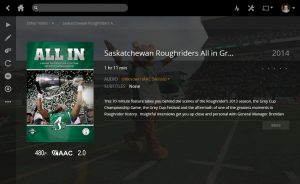 What that means is that in our house, we have access to 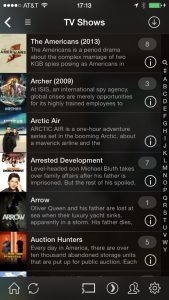 all our media on every TV, computer, tablet, and phone.  I can start watching media on one TV, and then resume it on another.  Once I watch a show, it marks it as watched so I don’t have to remember where I left off.  And if you don’t have a network connection or don’t want to use up all of your mobile data?  Well some of the clients support using Sync to put those files on your device before you leave the house.  It requires the purchase of a Plex Pass subscription for that, but it is highly worth it (I bought a lifetime subscription).  We always have a few shows and moves on the iPhones and iPads for emergencies or when we travel.  Nothing calms a toddler down quicker than being able to watch his favourite show.

Hmmm…. but if all of your media is on a server, what could the kids stumble across?  Well Plex thought of that too.  You can set up user switching for everyone that has access in your house and keep content locked down from some users.  You can set up an account for your kids so they don’t have access to anything but kids shows, or shows movies G.  All very handy.  Again, another feature of the Plex Pass.

So I did say I have access to all my media on all my TVs.  Well I don’t have Smart TVs in the house (yet) so I had to add a little additional hardware/software to do it.  If you are an iOS household and have an Apple TV, you can use the plex client on your iOS device to airplay to your Apple TV.  Newer Apple TVs have a Plex client you can install and control directly with the Apple TV remote.  But I don’t like having to depending on using my phone or ipad to watch.  So I bought a couple cheap Raspberry Pi computers and installed RasPlex on them.  It is a dedicated (and free) client for the Raspberry Pi computer.  You can then use any of your devices to remote control the plex player, or you can get a remote to control the RasPlex computer just like you would a DVD player or PVR. 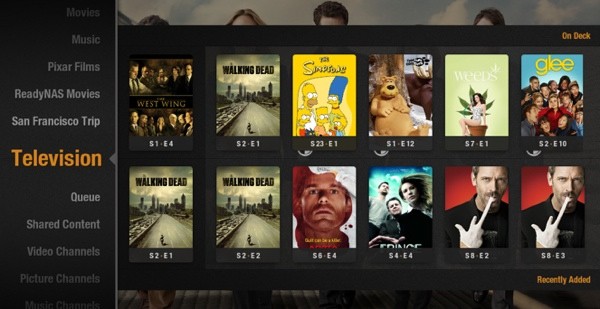 So as you can see, it really is an awesome piece of software and what I consider a must for anyone that has a large collection of media to manage.  There are even more features available (Channels of content, auto photo upload, etc) that I currently am still learning about.  It truly is a must for the techy home media enthusiast.  Where you get all your media from will be your problem to solve, but once you have something started and organized, this is a must to put on top of it.

And what do I use for a computer to store all these files and run my Plex Server?  Well that is a story for another time 🙂

PS – And as a reminder, buy the Plex Pass!  It is soooooo worth it, and it supports the hardworking developers behind this project.

Always do sober what you said you’d do drunk. That will teach you to keep your mouth shut.

This error message is only visible to WordPress admins

Please go to the Instagram Feed settings page to create a feed.